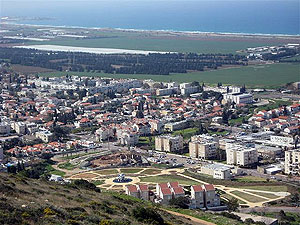 Tirat-Carmel is a satellite town of Haifa, adjoining it from the south.

On the territory of the city found the ruins of the buildings of the Roman period and castles of the Crusaders.

In the city there live large communities of immigrants from Georgia and mountain Jews.

Near Tirat-Carmel there is an industrial zone with high-tech enterprises and food industry and factories for the production of medical equipment.


City streets and attractions near the city:

City streets and attractions near the city:

Israeli Settlements in Judea and Samaria

Religious Cities and Villages of Israel

Distances between Cities and Villages

The Health Care System in Israel

Hospitals and Medical Centers in Israel

Cities and Villages of Israel

Traveling in the Holy Land

The Antiquities of the Land of Israel